10 Most Untrustworthy jobs in the UK

You might be thinking why would I want to know more about the 10 most untrustworthy jobs in the UK, however you may be surprised by how much this information has the power to influence your career choices.

You see, no one likes to be thought of as untrustworthy. If anything, at a subconscious level we all strive to be liked because to know that you are hated can be incredibly isolating.

As such, you may find yourself less inclined to pursue a certain career should you find that it is unpopular.

So what can you do? Should you ignore these careers in favour of one that is more popular? Or should you use this knowledge to try harder to gain the trust of those you’ll eventually work with/for?

Honestly? It depends on how passionate you are about the job. Similarly, it will depend on your willpower and commitment to overcoming the stereotypes surrounding the job.

Looking at this list, it is easy to see why some of them are unpopular as they have garnered a bad reputation over the years. However, for some the negativity surrounding them is based on the role of the job itself. For example, the job of a bailiff is to collect long overdue debt. Because of this, they are naturally unpopular as no one likes their possessions being taken off away, even if the debt against them is genuine.

Similarly, journalists are often viewed as being invasive and uncaring because of how they report on the personal lives of others. However, it is important to remember that not all journalists specialise on dishing the dirt on celebrities. Many focus on important global issues that are aimed at enlightening their readers, and not spreading gossip.

And these two aren’t the only ones to be tarnished by a small few in the profession. Many others on the list above have wrongly got the wrong rep.

For that reason, when deciding on a career, don’t let stereotypes or the bad behaviour of others deter you from pursuing something you love. With the right attitude and focus, you can prove to the world that you are more than worthy of their trust.

To learn more about how to improve your career prospects, take a look at our range of online courses. 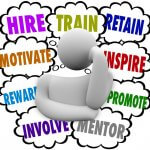 What positive characteristics do employers look for in staff?

Tips and Help Guides
Qualifications and experience are always a must when it comes to applying for a job, so it is essential that you study hard and take advantage of things such as online courses, so you can expand your arsenal of skills.\ But what about personal attributes?  Which ones do employers look for when hiring someone for 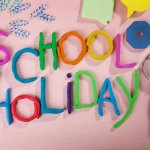 ChildcareTips and Help Guides
Earlier, we explored strategies for improving your study opportunities when your children are off school. Now we will take it a step further and show you how you can get your family involved. Integrate your studies with your other commitments – the great thing about technology is that it now allows you to learn on

Studying tips for the school holidays (Part One)

ChildcareTips and Help Guides
Learning from home comes with many advantages. The flexibility to learn when, where and how you want.  No classrooms, a healthy work-study balance YET one of the hardest things you will encounter is trying to study in the holidays – especially if you’ve got children. Naturally, you want to spend time with your family and 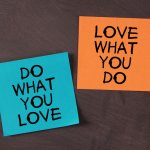 Qualifications and skills for working with animals

Tips and Help Guides
If you’re passionate about pursuing a career working with animals, then getting the right qualifications under your belt is essential. Yet the types of qualifications you’ll need will vary depending on the type of job you want. For instance, dog groomers will need vastly different qualifications compared to a Vet. For this reason, we thought 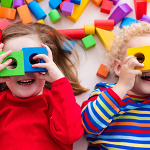 How to Provide Childcare to Children with Learning Disabilities

Childcare
As a childminder you want to make sure that your services are inclusive of all children, including those with learning disabilities. Not only will this broaden your working opportunities; this additional knowledge will make you a true asset to nurseries and parents. So what can you do? How can you make your services more accessible?

Your email address will not be published. Required fields are marked*